GUARANTEED TO MAKE YOU LOVE CHRISTMAS

Christmas lights reflected across the harbour

As we all know 2020 has been really tough on everyone which made this year’s event even more spectacular so a big thankyou to all concerned, they have made a magnificent effort to make this display possible so with this in mind I did not want to burden them further by seeking permission to use the drone as last year.

Tradition when sailing ‘Blue water’ one decorates ones vessel up for Christmas, I did so wherever I was during my solo circumnavigation and that did not change upon my return to my home port The Royal Harbour at Ramsgate in 2009. So it was that a few of us would decorate our vessels, I believe there were about five or six of us.

A few years later the Royal Temple Yacht club caught on to this and now it is a major even not only for The Royal Harbour, Ramsgate town but for the whole area as the event attracts thousands of visitors every year from the 1st of December until the 30th Dec. From snowmen to elves and icicle-inspired light displays, the stunning display in support of Ramsgate RNLI, has not disappointed. 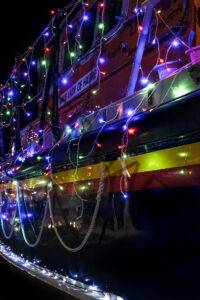 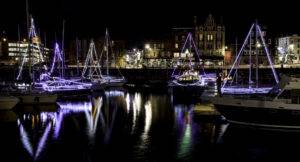 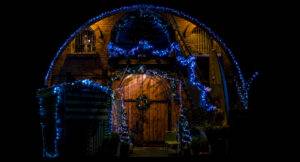