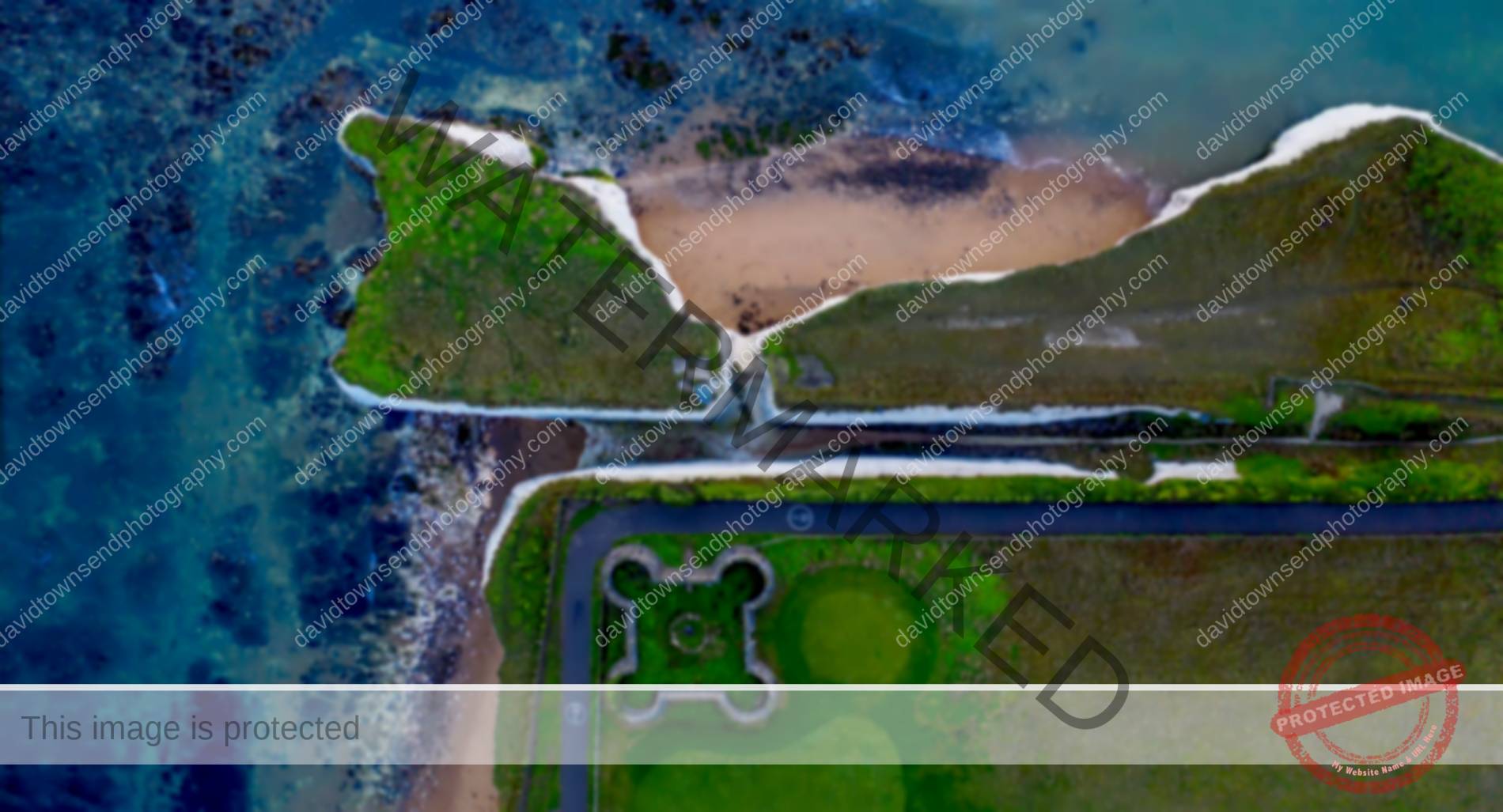 On the edge of the North Foreland are Joss Bay and Kingsgate Bay, two of the small coves floored -with pale golden sand, the essence of the Thanet seaside yet a little more than a century ago one could descend from the land only by deep gaps worn down through the chalk cliffs by generations of local farmers as they brought up from the shore cartloads of seaweed to be used as a top dressing on their sandy fields.

This is Neptune’s Tower, the Temple of Neptune, on White Ness, a little beyond the “Captain Digby ” and close to the Coastguard look-out. It is a miniature in flint of Camber, Deal, and the other blockhouses with which Henry VIII defended the south-east coast. Appropriately enough it served in wartime as a post of the Royal Observer Corps. In Lord Holland’s day it had a central tower of red brick faced with clean chalk blocks which supported a statue of Neptune said, in an accompanying dedicatory inscription, to have been found in the neighbourhood, as indeed it may well have been, for other remains point to a considerable and wealthy population along this shore in Roman times. There were also Latin dedicatory inscriptions in which Neptune was hailed as Protector of the Isle of Thanet.

Thanet, round isle, by water encompassed, Reckoned fertile and clean, to none on earth second.
Thy fisheries yield food, thy commerce, weath; Thy baths give vigour, thy waters, health.

A true photograph need not be explained, nor can it be contained in words.