Sam Mendes: An Academy Award, two time Golden Globe, and BAFTA award-winning director, critical acclaim seems to follow Mendes wherever he goes. After massive success on the theaters of Broadway, staging revivals of fan favorite musicals including Cabaret (1993) and Oliver! (1994), Mendes made his directorial debut with 1999’s award circuit favorite, American Beauty. Following his Academy and Golden Globe nabs for Best Director behind the groundbreaking film, Mendes went on to direct classic dramas like Revolutionary Road as well as two James Bond films, Skyfall and Spectre. He gained more notoriety and award buzz in 2019 following the release of his World War I based film, 1917, which earned him a second Golden Globe.

At this  time (05/03/2022 not much is known about the story other than being described as a love story set in and around a beautiful old cinema on the South Coast of England in the 1980s. 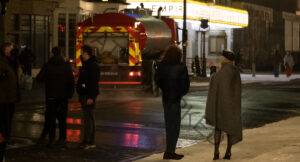